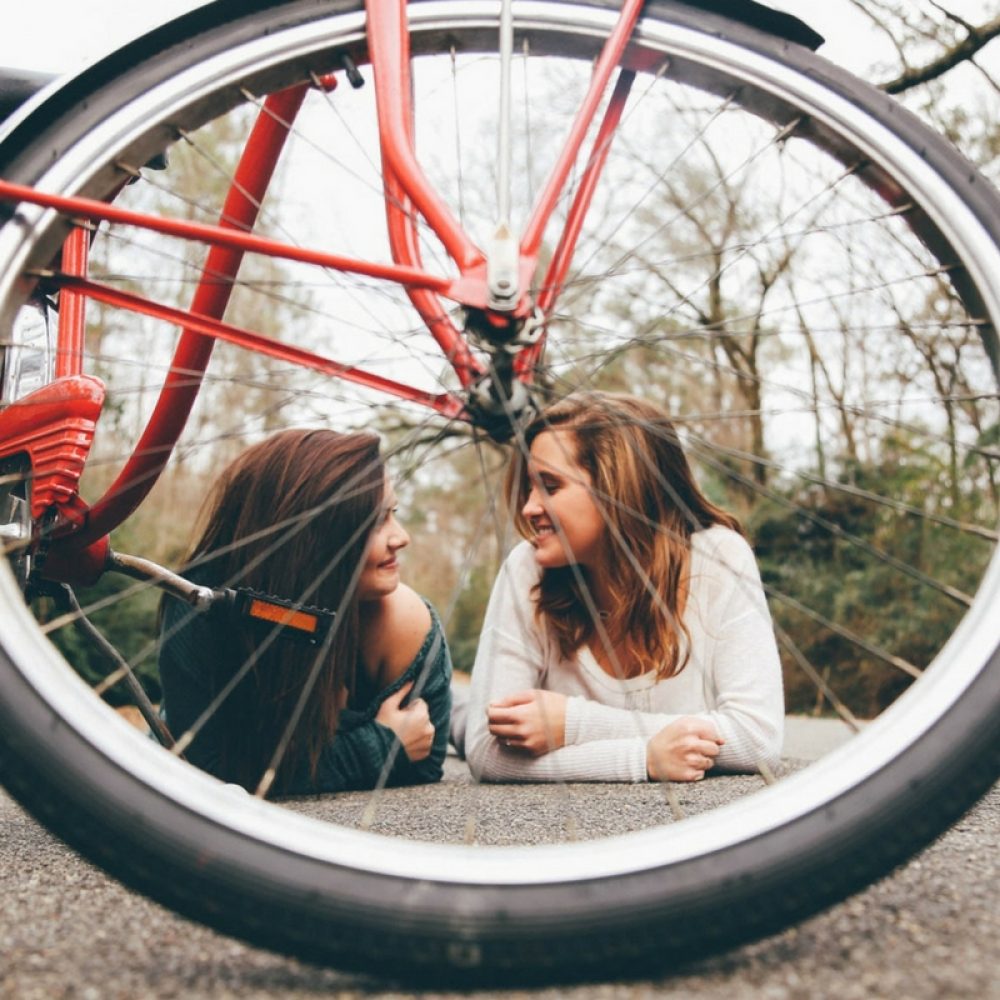 Please be mindful that this post has a Trigger Warning ‼️

My best friend Regan tells me what she does to herself in a quiet voice. We’re sitting in the back of Geography class, and nobody’s listening to us because everyone messes around in Geography. She’s leaning in like we have a secret between us, and she rolls up her sleeve and shows me her forearm. It’s covered in thin red lines, which are too straight to have been done by a cat or a bush or by accident. I’ve never seen anything like it before, and I don’t know what to say.

Because I don’t want her to regret telling me, and because she’s my best friend, I say, “If it helps, then I guess that’s okay.” But I don’t think it’s okay. I’m worried about her, but I don’t know how to tell her that without sounding judgemental. If this is how she copes, then it’s okay, right? Everyone knows that other girls in my year are self-harming.

I keep looking at the cuts on her arm, and she pulls down her sleeve again to cover them up. She’s not wearing bandages, so her scratchy jumper must be rubbing against them. I’ve been cut before, and I know how it itches and stings when it’s healing.

“You won’t tell anyone, will you?” she asks. “It’s not so bad, and I don’t want them to make me see the counsellor.”

I want to tell her that I can’t keep this to myself. I have to tell someone, because this is serious, and the counsellor will be able to help her talk about this. I don’t want to be a snitch, but she’s my friend, and I care about her. But I’m her best friend, so maybe I can help her better than a counsellor? And if I tell on her, then she won’t trust me again. I have to keep this a secret, even though I don’t really want to.

Regan smiles. “Thanks,” she replies. “You’re the best.”

A week later, we have P.E. and Regan stands with me in our corner, still wearing her long-sleeved jumper. I realise that she doesn’t want to get changed, in case someone sees her arms, and I quickly stand in front of her, blocking her from everyone’s view. It’s not fair that she can’t get changed in case someone sees her cuts, and I don’t want her to get in trouble because she’s not changed in time.

“Thanks,” she whispers, and then she takes a rugby jumper out of her bag, even though it’s summer, and we’re supposed to be wearing short sleeved shirts. I don’t say anything, but I know people will notice that she’s wearing it. I hope the teacher notices, and realises why, and tells the nurse, so that someone else can do something about this, and I don’t have to be the only one who knows.

I stand and wait for her to get into her kit, blocking her from everyone’s line of sight. We don’t say anything, and then, when she’s done, we head for the exit together. We’re the last ones there, so I can talk about it.

“Aren’t you going to put bandages on them?” I ask. I saw her arms when she pulled her jumper off, and they were still uncovered. There were small red smears where the material of her clothes rubbed against them, and streaked down her arms.

“I don’t need to,” she replies bluntly. “Look, I don’t want to talk about this right now, okay? Someone might hear.”

So, I don’t say anything else. I don’t want to upset her, or have an argument about this. We walk out onto the playground, and a few other girls look at Regan, with her thick, long-sleeved, rugby shirt. Nobody asks why she’s wearing it.

Regan keeps scratching her arms under her jumper. I want to tell her to stop, because it can’t be good for her, but I don’t want to seem pushy.

She keeps itching, and eventually I can’t ignore it anymore, so I say, “You shouldn’t do that.” That’s all I seem to do these days – tell her what she should and shouldn’t do, ask her questions, bug her. I'm like a broken record. But if I don’t tell her, then who will? I’m the only person who knows. But I’m worried, because she’s obviously getting annoyed by my nagging.

“It itches,” she says sharply.

“Haven’t you put anything on it?” I ask, but I don’t know what to put on cuts. I use Bio Oil for spots. Maybe that would help? But, before I can suggest it, Regan says, “I wish you’d stop going on about it. It’s fine.”

“It’s just – if you’re going to do it, you should take care of it,” I say. I just don’t like the idea of those injuries going unchecked. But it comes out wrong, so it sounds like I’m lecturing her again.

I don’t know how to respond to that. After a moment, I say, “It’s just a lot to handle. I want to help, but I think you should tell someone.” I know how it sounds, but it’s true.

She glares at me, and it looks like she’s going to say something else, but she doesn’t. She just walks away.

Four days later, in first period, my phone buzzes with a text alert. I look at it under the desk, and it’s from Regan – I need to talk to you @ lunch.

So, at lunchtime, I wait in the form room, in our usual spot. We haven’t spoken since our fight, and I’ve missed her. She walks in and sits next to me.

“I got them bandaged,” she says. There’s no need for her to say what she means. I know. I don’t say anything else, hoping she’ll continue. And she does. “I thought about what you said, and you’re right. You shouldn’t have to handle this by yourself. It’s a lot. I know you care about me.”

“Yeah, I do,” I reply, a little awkwardly. This whole thing is pretty awkward, and she looks embarrassed too.

“I just thought that, if you were really my friend, you wouldn’t want me to go to someone. But I can’t tell you everything.”

We both laugh, because we talked over each other, and she smiles at me. “Thanks for helping me with this,” she says.

“It’s okay,” I reply. “You can tell me stuff, okay? It’s not that I don’t want to hear what’s going on with you. But I have to know you’re getting support from somewhere else too.”

“Yeah,” she agrees. “I get it.” And then, after a few seconds, she pulls me into an unexpected hug, and I feel the bandages underneath her jumper. It’s a small sign that she’s taking steps in a positive direction, that she’s trying to help herself. It’s all I need, and I hug her back, tightly. “You’re a good friend,” she says.

This short story was written for SHAD2018 by Sophie, a Graduate Volunteer at Youthscape working alongside the SelfharmUK team.