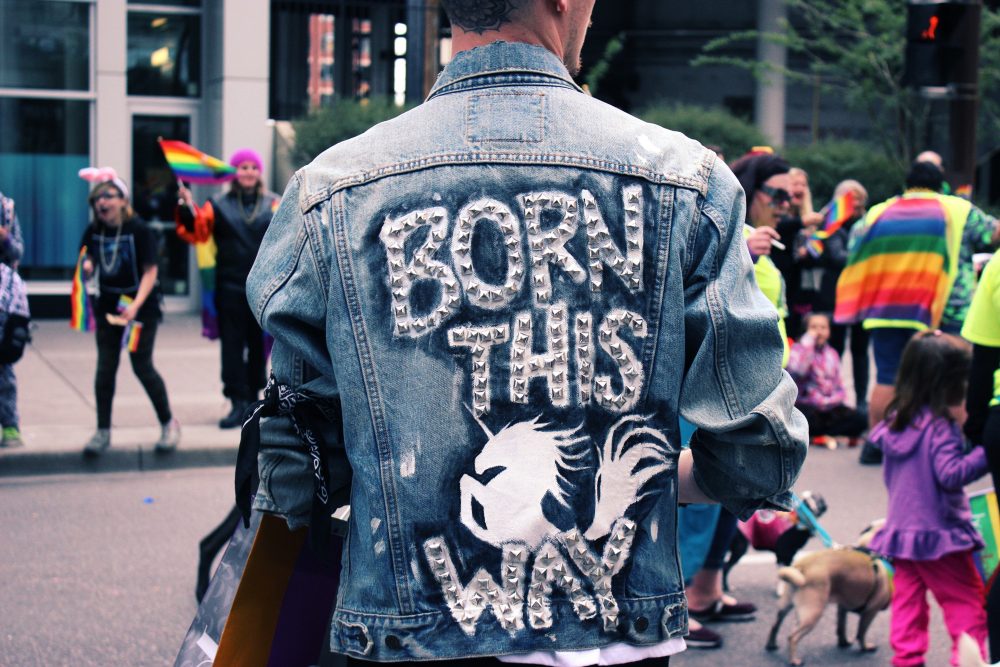 Living free living as me

SHUK: Oliver, what age did you begin self-harming?

O: I started at 11 years old, I have always struggled with talking about my emotions and I remember the exact moment my eating disorder started. I was in Paris on a school trip and my boyfriend at the time was talking to a friend and said my thighs were really fat. I look back now astonished, I was a size 10 at the time. I was nowhere near fat. But that comment had a huge effect on me. I can remember everything about that moment, from what I was wearing to the exact place we were in Paris.

SHUK: How did you self-harm?

O: Lots of different ways, I was diagnosed with an eating disorder when I was 12, this was a lot to do with stopping my body from developing as a girl. I didn’t want that to happen. I was hospitalised for 8 months, from May to December 2013. I was force fed in that time. Not by way of a tube, but I was told, I could eat a meal or drink a high calorie drink, which I have to say tasted disgusting. I picked the drink though, because at the time the thought of chewing was awful for me.

SHUK: Really why so?

SHUK: Were you self-harming in other ways?

O: Yeah I was cutting and I tried to take my own life, on 2 occasions.

SHUK: Jo, (Oliver’s mum) how was it for you when you first realised Oliver was self-harming?

J: Awful, I felt like a massive failure and I was constantly asking the question why couldn’t Oliver talk to us about their feelings. Given all the jobs I have done, often in counselling and supporting young people, I felt like I had massively let Oliver down. I had to however begin to think about how we as a family helped Oliver to get better.

SHUK: What did you want to do?

J: A combination of wrap Oliver up in cotton wool and scream at the whole world. I wanted to stop them self-harming and essentially make everything better.

SHUK: Did you at this stage have any idea why?

J: Not at all, Oliver had struggled with their transition to high school and we as parents assumed that this was the reason for their self-harm.

SHUK: Oliver, can you talk to me about your gender identity?

O: I feel totally fluid in my gender at the moment, and I am not sure if I want to fully transition my body from female to male. I am living life as me, non-defined by my gender. I would describe myself as Agender – living without gender rather than transgender.

SHUK: Do you think your self-harm was linked to your gender identity?

O: Yes; I felt a huge lack of community and acceptance, community is really important and I now feel a huge sense of belonging to the queer community (Lesbian, Gay, Bisexual, Transgender). There is a total lack of education around gender identity and we are still seen as outcasts I guess. I mean just recently 50 people were killed in Orlando, in place where they should have been safe. I think people who are exploring gender identity feel unable to come out for fear of not being accepted and loved, or killed. My self-harm was about controlling my emotions that I didn’t understand or couldn’t talk about, these emotions were linked to my gender identity.

Oliver and I had a long discussion about where they were now and they were able to express very freely the peace they now feel as a result of being agender. Oliver was clear with me that there needed to be more education around being agender, and they became incredibly passionate about the fact that people had died and the world needed educating. However, what is totally evident and what they do know is that they feel more comfortable in their own skin than ever before. They feel much more confident in expressing themselves. Oliver feels there is a sense of them being able to understand themselves and not conforming.

SHUK asked Jo what advice she would give to parents if their child is self-harming?

J: Don’t panic, talk to someone outside of the family for support and try in a very gentle non- threatening way to open up conversations with your children about self-harm.

SHUK: Oliver, if you could go back 12 months what advice would you give yourself?

O: I would tell myself to not try and run away from my community and I would tell myself to accept that this is who I am. I would try not to be anything other than myself. I would also remind myself that being queer is empowering, not strange. It is an escape from a heteronormative society, which is something I’ve always searched for, and that one day I will finally be free to be as queer and loud as I want.

Since coming out Oliver has not self-harmed for 18 months and is doing extremely well, it is obvious from my time with them that they are at peace. Oliver is able to speak honestly and freely about who they are and I have to say they are a very inspiring person to be around.

Lewis Hancox is YouTube vlogger and up and coming comedy writer, with many exciting things in the firing line, he also happens to be transgender. Lewis took part in a channel 4 programme in 2011 called My Transsexual Summer, which followed 7 people at different stages of their transition. Lewis has now completed his surgery and feels far more at peace than ever living life as a man. Lewis has always identified as a heterosexual male and for him the loneliness of living as a girl was incredibly tough.

Lewis gave me some of his time over coffee one afternoon and I was able to ask him a few questions about transgender young people, suicide and self-harm. Here is what he had to say.

SHUK: Was self-harm anything that ever you struggled with, by this I mean any area of self-harm from cutting to self-poisoning to eating disorders?

L: Well actually I was going to answer no then, but I guess you’re right, eating disorders are part of self-harm. I developed an eating disorder when I was in high school and this was due to the changes I was seeing in my body, I was desperate to not go through puberty as a girl and wanted to stop the development of my body parts as much as possible. I was diagnosed with anorexia and I knew there was something else underlying this. If I’d have known about being transgender back then this would have definitely helped, I would have felt like there was a light at the end of the tunnel.

SHUK: Were you ever hospitalised?

L: Yeah I was, due to my periods stopping they needed to be sure that my vital organs were not shutting down. I was in for a night, they ran some tests and I was discharged. I was then referred to a counsellor.

SHUK: How can we help transgender young people around self-harm?

L: I think education on the subject is the key, when I saw my counsellor after being discharged form hospital my mum mentioned to her that when I was younger I never wanted to wear girls; clothes or be called “she”. The counsellor dismissed this and said “oh no that’s nothing, lots of young children feel that way.” She put my eating disorder down to my parents splitting up. I know that if I’d have had the space to talk about my confusion around my gender it would have been different. It’s about people being educated, especially professionals.

SHUK: Why do you think self-harm and suicide is such a massive issue in the Trans community?

L: I think there is a few reasons really, I think that people feel isolated and unaccepted and even when they have come to terms with being trans themselves they often feel isolated and rejected by their family and friends, who perhaps don’t understand. I also think a huge issue is the waiting times for people to have access to testosterone and surgery. I was rejected for my surgery in St. Helens and I waited two years for testosterone. This means that even when people have made their peace with being trans, they still feel out of control while they wait for the right support to start their transition. Self-harm is something that they can control and I think this is why it is such a big issue. I have trans friends who have self-harmed and also attempted to take their own life.

SHUK: If you could go back to in time to your younger self, what would you say?

L: I would reassure myself that I am going to live a perfectly happy life once I have transitioned and that my body isn’t the be all and end all. I would tell myself to not put my life on hold and focus on my ambitions and things that I can work towards. I feel like I lost a good few years of my life when all I could focus on was my transition and I guess a part of me regrets that now.

Gender continues to be a complex, challenging and difficult subject for many young people, gender identity is a concept that needs to be talked about, celebrated and accepted.

“The secret of change is to focus all your energy, not on fighting the old, but on building the new.” Socrates