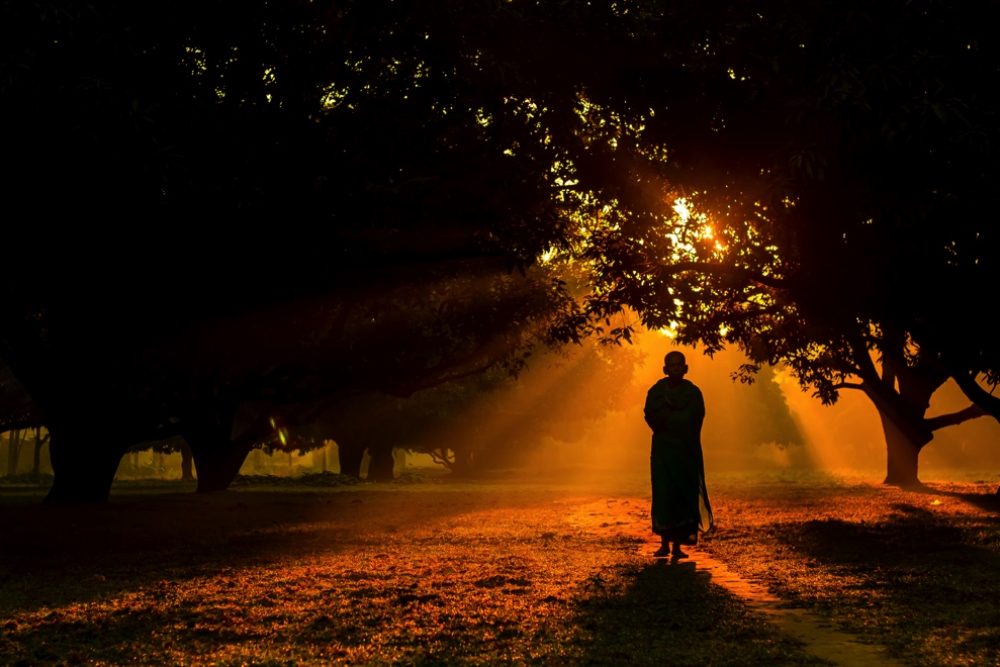 Recovery from Depression in a Spiritual Community

Oliver shares with us some of their own journey around finding peace with their mental health and identity. This is a personal story of transformation and whilst none of this may ring true for you, Oliver challenges us to think about our own recovery and how community and the support of others can bring about the change that we need in our own lives to heal. SelfharmUK is for those from all backgrounds and faith groups, this story is personal and in our sharing of this article our only hope is that you are challenged to find a community that works for you.

I grew up a pastors’ daughter on the outskirts of Birmingham, attending church religiously, so to speak, every Sunday. I enjoyed running around with my best friend Laura – who was also the daughter of a pastor – as opposed to actually participating in the service, although I did have a handful of favourite hymns which I would frequently request my father to play each week. Another highlight of mine was the continuous handfuls of candy I would convince the elderly churchgoers to give me; I had a particularly convincing smile.

My love of attending church came to an end gradually as I got older. Running around was no longer acceptable and my convincing smile had slowly withered away. I began losing interest and after 10 years of working in the same job my dad resigned as head of the church. We moved out of the vicarage and began attending a different church slightly further away – I still don’t know for certain why we stopped attending our original place of worship, although I have the suspicion tensions were high after we left and perhaps some attendees of the church saw us leaving as giving up on our faith.

As a family we began a new leg of our worship at a church run by very close friends. A new start had sparked my interest once again, however a decline in my mental health had meant that burst of intrigue didn’t last exceptionally long. As depression sank in I started to find every aspect of my life mundane and uninteresting, including spiritually. By this time I was 11 and had stopped attending church altogether. Not particularly long after this I became isolated and also began to self-harm.

Child & Adolescent Mental Health Service (CAMHS) took me on as a patient in the year 2012 due to my mums’ persistence to get me medical help – which was predominantly driven by her faith, words of solidarity she took from the Bible, and the network my parents had built up around them over many years of hard work within the Christian community. I received frequent therapy sessions plus plenty of support from friends and family, but their efforts went unnoticed and I continued to deteriorate. My self-harm persisted, I attempted suicide and was starving myself.

After receiving several diagnoses including depression, anxiety, suicidal tendencies and EDNOS (Eating Disoders Not Otherwise Specified), I was hospitalised on the 29th of May 2013, after being in and out of A&E several times. I vividly remember my mother getting the call the night before, stating that a bed had been made available and that I would be a full-time in patient by the next day.

The 8am drive to the hospital was bleak, literally and emotionally. There was a light drizzle of rain and the fog had begun to stagnate, as if it would never lift. To say there was an air of pathetic fallacy that morning is a gross understatement. Along with the macabre shadow following me around, I too felt an absence of God, in all its forms. An absence of communal support. An absence of faith. These things shaped my childhood and now had dwindled away. It felt as if the life I was living were completely separate from my younger self. All trace of who I used to be had been destroyed in the face of depression, also dragging with it a previously overwhelming sense of trust in my parents and love for my religious community.

Those 8 months in hospital were the centre point of one of the most transformative times in my life, and still today impacts who I am greatly – luckily for me the treatment was a success for the most part and it sculpted me in a positive manner.

I was eventually discharged on the 13th of December 2013, yet there was still a long road of healing ahead. I was put under the home visiting team working for CAMHS who, for the first few weeks, would visit my house each day to not only monitor my weight and blood pressure, but also my scars, if there were any new ones, and how my emotional stability was faring.

No interest in the spiritual life had showed itself again as of yet, for all my energy and time was being spent on merely trying to function once more in a society I had been isolated from for the best part of a year. This remained the case for some time and while a lot of progress was being made in the realm of my mental health, my spiritual health continued to be malnourished and uninspired. (Also during this time I came out as genderqueer, otherwise known by its more socially acceptable term of ‘non-binary’, which also aided in my positive progression with my mental health. I would go into this further but I feel it would best to leave it for its own article).

It wasn’t until the dawn of 2016 that I set about exploring afresh the religious aspect of my life – or lack of, for that matter. This led me to exploring Buddhism more in-depth, and took me to my local Triratna Buddhist centre. Entering the building I felt something which had been absent for most of my life; a spiritual community in which I had a place. A spiritually stimulating community where my gender expression and sexuality did not deem me unworthy, but where my actions and the peace or hatred I contributed to the world defined me. From then on I attended the centre every Thursday evening where groups of up to 60 people would meditate and have discussions on different Buddhist teachings.

I began attending the centre in May this year, and by July I had been discharged from CAMHS after being a patient of theirs for 4 years. The absence of CAMHS threw me off kilter very briefly for a few weeks, which resulted in me taking that time off from the Buddhist centre to fully assess the direction I wanted my religious practice to go in. As I am writing this it is getting towards the end of September and I have been attending the centre again since the beginning of this month and now I can truly see how deprived and dissatisfactory my life is without Buddhism.

I feel I can truly now comprehend the importance of a spiritual or religious community in aiding positive mental states.

On that note I feel it is time to bring this article to a close, but not quite yet. I would like to leave you with a warning not to take my words from a subjective viewpoint and believe I am saying that Buddhism is the only way to connect spiritually. Buddhism is not the only way, and that is definitely not the message I would like people to take from this. We all connect to various communities differently, and what I am trying to project as best I can, is that we should not give up on finding the right place for us if the first one does not work out how we would have liked. There is a place for everyone to find religious inspiration and encouragement, we just have to find it. This is my attempt at motivating you to find it.