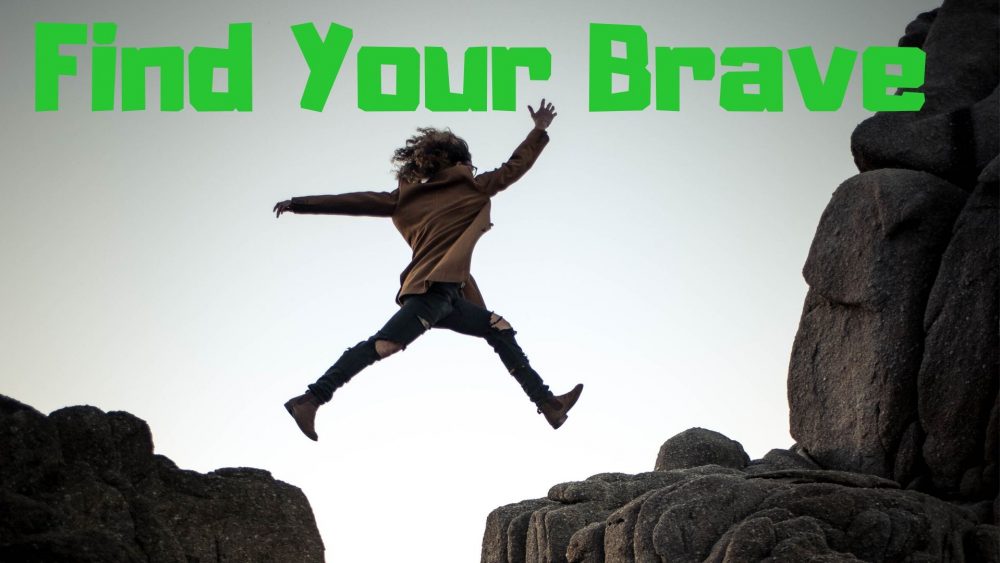 At the risk of sounding like an idiot, finding my brave would look like walking towards a crowd of geese, or into a pen of chickens, or (and I'm shuddering just writing this) holding out bread for pigeons to come and eat. From my hand.

Have you seen Mary Poppins, and that scene with the Bird Lady? That song when she has pigeons crawling all over her just freaks me out beyond reason.

(Once I put together a mash up of that song, 'Feed the Birds' with a much darker one 'Poisoning Pigeons' which was one way of dealing with my fear of birds.)

There's a reason I'm so afraid of birds, but most people would never know that about me, or why it's hard to take my kids to feed the ducks.

Being brave looks different for everyone.

Sometimes keeping going, just getting up in the morning, is the brave thing. Turning up to school, or college, when it's a place you experience bullying or exclusion, or feel desperately alone or misunderstood - that takes huge courage.

Sometimes it's admitting that we're struggling. That we can't hold it together. Sometimes it's confiding in someone else. That can feel terrifying - the risks of being rejected, misunderstood, persecuted or ignored are always there. But maybe someone might be able to help, in a way we didn't realise they could.

Sometimes being brave is trying to delay self-harming, when we have come to depend on it. Or trying out an alternative even though though we don't think it'll work and we really don't want to.

For one person I know it's sitting with his feelings. For someone else it's talking to their mum. For another it's talking himself through his urges to harm until they go, and for another it's just trying to be kind and not criticise herself constantly.

Tiny steps. They might not look brave to anyone else, but they are. We promise. They're huge, and we have so much respect for you taking them.

And we somehow find the courage needed for that next step, because we believe (some of the time at least) that there might be something better ahead. That life won't always feel like this. That there are good things in the future and days of feeling good. So if we can get through today, that's a step forward (however small) and a step closer to things feeling different.

So don't let anyone else tell you what brave looks like. Only you know.

May you find the courage to take your next step.